Trouble is, there's no new beginning on an ancient issue: religion.  And to that, I have only to say that there's a lot more to be said on such issues.

So, 2015, for me, will yield more commentary on religion and the counter-points surrounding it.

Let's get started then, shall we?

I used to be a Christian.  Used to be an ordained minister to a small Lutheran community, too.  Studied theology, philosophy, history, and a little bit of counseling.  I'm not the world's smartest person.  My head's not full of mud, either.

So, in that respect, I think I have a few relevant things to say about religion -- in particular, Christianity -- and the philosophical ideals that give them a voice.

In recent years, I've been exposed to a spate of odd, interesting, semi-convincing, but largely unreal ideas about reality.  I say unreal because, after attempting to adopt them, experimenting with them, and pushing myself to take up a beginner's mind (an open mind as free from pre-formed conclusions as possible; a child-like willingness to learn), I haven't been convinced by them, and I've seen them provide key ingredients for damaging some of my most cherished relationships.

But this is par for the course when it comes to religious ideologies, isn't it?  So if someone you love takes-up some notions that directly influence the atmosphere of your relationships, what are you to do?  In my case, I attempted to see through that person's eyes what that person was seeing.  I'm not all-knowing, and I know that.  So perhaps there were things missing from my view that these soft-core religious notions were plugging in?  Worth looking into if I consider myself a man of dignity, which I do. 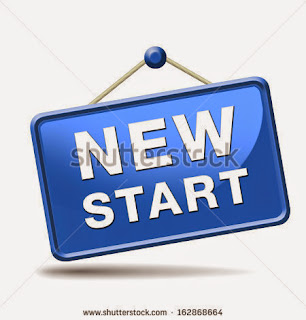 Saint Cynic has been stop-and-go for two years. I will be taking a couple of weeks to rework the format here, and will then re-launch my blog.

Posted by Unknown at 9:18 PM No comments:

Read an interesting article by a Christian woman, Rachel Held Evans.  The article is here, and questions whether or not Christians idolize virginity.

Short Answer: Yes, they do.

Long Answer: I understand that for Rachel Held Evans, being a woman, she would naturally write from a woman's perspective.  Well and fine.  And the "purity" that is enforced by implication or pledge on young women is a crass control that demeans and degrades the oceanic and beautiful force that is womanhood.  Such pledges do exactly what one of the writer's described as pinning her name and vagina to the corkboard.  In other words, it gave power of control over natural desires to a capricious ideology that, from its Sumero-Babylonian inception, has been viciously patriarchal and violent toward women.

Apparently Professor Peter Higgs has described Richard Dawkins as concentrating "his attacks on fundamentalists. But there are many believers who are just not fundamentalists" (Source).
I've seen this accusation before regarding, well, really any atheist who fervently lays out his or her reasons for disbelief. It's not a new accusation, and it most likely won't go away in the forseeable future. The implication seems, to me, to be: by picking on fundamentalists, Dawkins et al. are purposefully taking aim on the weaker expressions of religious belief. That if the popular atheists and non-believers of today would go after theologians who have been rarified by more liberal indoctrination, the case against supernaturalism, on the whole, wouldn't be so easy to pick apart.

At 20 years old, I applied for and was accepted into a local bible college.  I was slated to begin studying at the beginning of September 1994 but due to some difficult life-circumstances, I had to delay my start-of-study date until January 1995.

In the meanwhile, I furnished myself with theology books by H.A. Ironside, cassette tapes by John Hagee, whatever fiction or theology I could find by C.S. Lewis, and any theology primer I could scrabble together from used book stores, the local library, and the church bookshelves.

My Reason for the Season

A small departure from my "I Disbelieve" series (which, I assure you, is going to see part 3 soon).

During the Christmas season there's a lot of propaganda floating about the web, and cluttering the city streets.  People are trying to plug their tried and worn traditional values: Christmas should be about Jesus, Jesus is the reason for the season, Take the 'X' out of Christmas, Take back Christmas, blah-dee-blah-dee-blah...

We're not that far removed from our senses that we can't simply enjoy the holidays, are we?  I suppose I'm not supposed to use that word, either: holiday.  Doesn't matter that its Christian derivation equals 'holy day,' so the faith-heads can take it easy.  And for the pre-Christian in all of us, the use of 'holly' made for a smooth transition to 'holly day' or 'holiday' and everyone was happy.  Go light another yule log, or something. 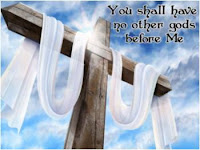 Leaving aside the  issue of jargon, or as I quickly came to call it, "Christian-ese," I pressed on to bigger and better things.  It seemed to me that so much of the Christian life was to be experienced.  That was an obstacle to me that I decided I had to get past: much of my life up to that point was lived deflecting first-hand experience because, psychologically, it meant being vulnerable to disappointments and pains that I wasn't prepared to endure.

Surving a broken home, I was entirely unequipped to wrestle with the realities and responsibilities that came with what I perceived, at that time, as being a functioning family of believers sharing a common experience.  And most pointedly, opening myself up to the experience of a perfect relationship with a perfect Father was a completely alien concept to my mind: how could I even begin to appreciate such an experience when my biological father and I got along so poorly?